How to Avoid Generator Wet Stacking - Clifford Power Systems, Inc.
Back to News

First, let’s define what generator wet stacking is. Wet stacking is a term that originally described a diesel engine dripping a thick, dark substance from its exhaust pipes or, as they’re often called, “stacks.” The condition is caused by operating the engine at light load for extended periods, sending unburned fuel and soot into the exhaust system. Today, the term refers to an engine that isn’t completely burning all the fuel that’s delivered to its cylinders. Over a prolonged period, this condition can seriously degrade engine performance.

When a diesel engine runs without load, it develops only enough power to drive its accessories and overcome internal friction. A diesel engine doesn’t use spark plugs. It relies on the hot compressed air in the cylinder to vaporize and ignite the fuel. With the air cooler than the design temperature, conditions for combustion are less than ideal. The fuel ignites and burns, but it doesn’t burn completely. What remains are vaporized fuel and soot—small, hard particles of unburned carbon. In the exhaust system, fuel vapors condense and mix with soot to form a dark, thick liquid that looks like engine oil. It may ooze from the turbocharger or drip from the exhaust outlets. The appearance of liquid on the exhaust stacks leads to the term “wet stacking.”

How can I tell if my generator is Wet Stacking? Your generator is likely operating inefficiently if any, or all of the following conditions exist:

Expense – Excessive wet stacking will shorten engine life by many years and before planned replacement.

Power – Even before an engine is damaged, deposits will reduce maximum power. A prematurely worn engine will have a lower maximum power than it was designed to develop.

Maintenance – An engine experiencing wet stacking will require considerably more maintenance than an engine that is adequately loaded.

The general cure for wet stacking is a few hours of operation at a load of about 75% to 100% of the generator’s nameplate rating, raising the exhaust temperature high enough to vaporize the unburned fuel in the exhaust system and blow out the soot. Built-up fuel deposits and carbon can be removed by running the diesel engine at the required operational temperature for several hours if wet stacking has not yet reached the level where carbon buildup can only be removed by a major engine overhaul. But, the exhaust temperature at that load is well above the auto-ignition temperature for diesel fuel, and on rare occasions fuel and soot can ignite within the exhaust system. If a unit has a history of extended operation at low load, or if there’s no documentation that it’s been exercised recently at adequate load, it’s important to have a professional generator maintenance expert manage the load testing procedure.

Clifford Power Systems, Inc. provides dependable generator equipment, service, and rental. We are solely focused on power generation and offer professional consultation to meet all your project needs. Contact us at any of our locations in Oklahoma, Texas, Missouri, Kansas, or Arkansas. 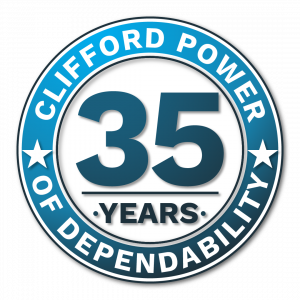